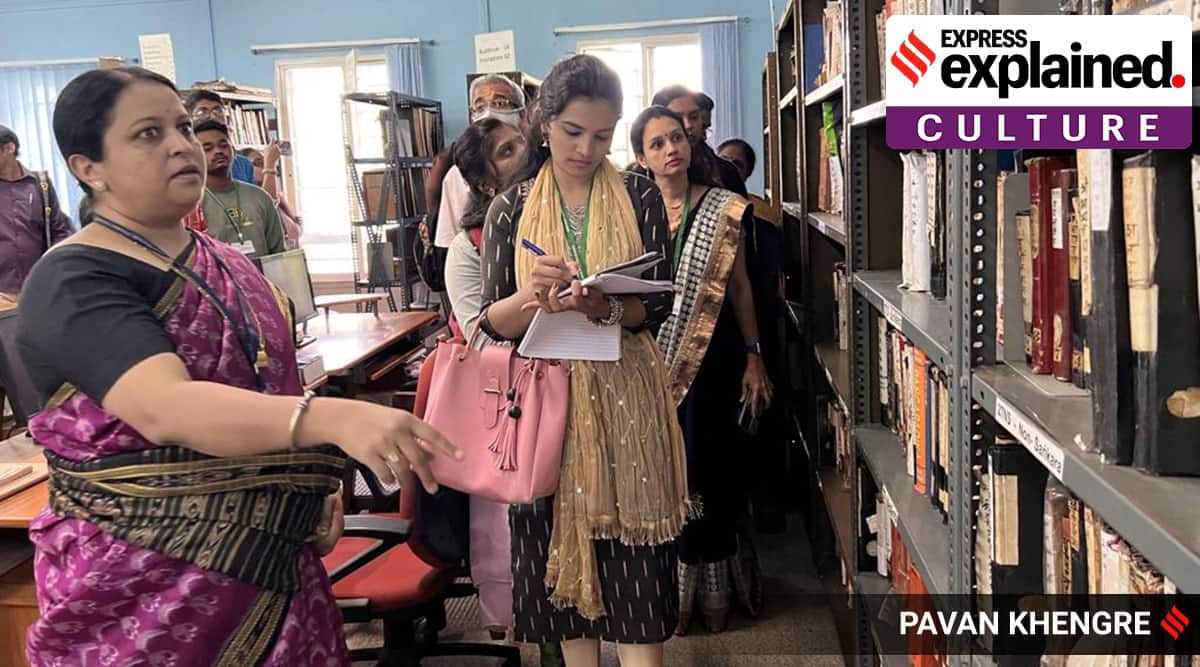 After several years, the doors of the scriptorium and editorial room of the prestigious Sanskrit Encyclopedic Dictionary of the Deccan College Post-Graduate and Research Institute in Pune have been opened to students and the general public. The year of completion of this gigantic dictionary project, begun in 1948, remains unknown. But the final number of words is estimated at 20 lakh and is said to be the largest Sanskrit dictionary in the world.

Linguist and Sanskrit professor SM Katre, founder of India’s oldest department of modern linguistics at Deccan College, conceived this unique project in 1948 and served as the dictionary’s first general editor. It was later developed by Prof. AM Ghatage. The project is a classic example of the painstaking, patient and relentless efforts of representatives of Sanskrit over the past seven decades.

The current sponsors of the Sanskrit encyclopedic dictionary project are a team of approximately 22 Sanskrit professors and researchers, who are currently working on the publication of the 36th volume of the dictionary, consisting of the first alphabet “अ”.

The founder of India’s oldest modern linguistics department at Deccan College, conceived this unique project in 1948 and served as the dictionary’s first general editor. (Express photo by Pavan Khengre)

In the non-digital age, these researchers jotted down the details of each new word on small paper reference cards. They mentioned details like the title of the book, the context in which the word was used, its grammatical category (noun/verb, etc.), the quotation, the commentary, the reference, the exact abbreviation and the date of text. It was signed by the creator of the slip and its verifier.

It took these researchers 25 years to complete the process of extracting words from around 1,464 books to generate one-crore reference slips. All these sheets of paper have been well preserved, in alphabetical order, in one of the rarest scriptoriums – the soul of the dictionary – inside more than 3,057 specially designed metal drawers. They have also been scanned and preserved digitally.

Although this dictionary contains words in alphabetical order, it follows historical principles in indicating meaning. Along with the meaning of the word, the dictionary also provides additional information, references, and the context of the respective word used in a particular literature. This is why it is an encyclopedic dictionary in which the words have been classified according to the chronological order of their references appearing in the text.

For example, the word beginning with the letter ‘अ’, such as agni, will have all citations from Sanskrit texts beginning with Ṛgveda and references from texts following Ṛgveda, ordered chronologically. This helps a reader understand the historical development of the meaning of the word.

“Sometimes a word can have between 20 and 25 meanings, because it varies depending on the context of use and the books. Once the maximum possible meanings are found, the first draft, called an article, is published. This is then proofread and sent to the general editor for his first revision. Once finalized, the one-word article is prepared and sent to the press. It is again reviewed by researchers and the general editor, before being finalized as a dictionary entry. said Sarika Mishra, the project’s editorial assistant.

While the first volume took three years to be released in 1976, technological intervention and proprietary software with a font named KoshaSHRI sped up the process.

“Now we are able to publish a volume in just over a year. About 4,000 words are incorporated into a volume,” said Onkar Joshi, also the project’s editorial assistant.

In case of missing information observed in the reference sheets, the scholars proofread/scan the 1,464 books, now digitized, making it a double reading of the voluminous Mahabharata (18 Parvans), Vedas and others.

“We can now use the software to easily browse books. In the past, this was done manually and took time,” Onkar added.

“The alphabet ‘अ’ has the maximum number of words and we have published 35 volumes composed of words from this alphabet. Work on the 36th volume is ongoing,” said Sanhita Joshi, also the project’s editorial assistant.

Professor Prasad Joshi, professional vice-chancellor, is the ninth editor, and the third in the family after his father and uncle, to work on this project.

“This work is minute-to-minute, day-to-day work,” said Professor Joshi, who has been in charge of the project since 2017.

When asked if there is any other language in the world that has such a rich and vast vocabulary, he replied, “Perhaps the English language dictionary based on historical principles, which put close to 100 years to be completed, will draw closer. But the Sanskrit dictionary has a wider scope.

By comparison, the Oxford English Dictionary, with 20 volumes and 2,91,500 word entries to date, remains among the most widely used dictionaries. The Woordenboek Der Nederlandsche Taal (WNT) is another large Dutch monolingual dictionary. It contains 4.5 lakh words in 17 volumes.

The Sanskrit encyclopedic dictionary, when ready, will be three times larger. The 35 volumes published so far contain about 1.25 lakh vocables (word).

Although there are 46 alphabets in the Sanskrit language and several decades of work remain to be done to complete this project, it is estimated that in the end it will be a dictionary with a total vocabulary of 20 lakh words.

Professor Joshi’s team is the crucial link between the past and the future, and has a great responsibility to keep Sanskrit alive. But there is a real lack of Sanskrit linguists.

“Overall, language studies have lagged behind. We need readers for the vast volumes of scripture and literary works that go unread,” he said.

But young scholars such as Bhav Sharma, editorial assistant and project secretary, are now reaching out to the public with the aim of inspiring a few.

“We need to show students the effort and process involved in creating dictionaries. We are planning student-centered activities in the near future so that there is hands-on learning,” Sharma said.

The college administration is actively working to make digital copies available within a year.

The project, KoshaSHRI, under which the online dictionary access website will be created, also consists of custom software that is currently under testing and development.

This will speed up the dictionary building process for years to come.

Katara completes seven volumes of the Dictionary of Everyday Words