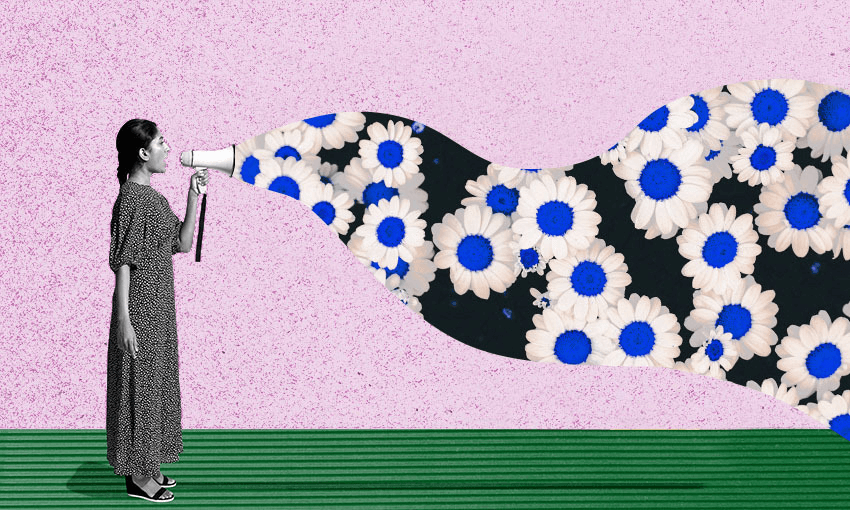 Am I a better person when I don’t speak English?

Speaking a second language forces you to be kinder to others and to yourself.

Growing up, the dichotomy between school and home was marked by English and Cantonese. It was crazy to see monolingual friends stay the same person when interacting with their parents. It made more sense to see multilingual friends interacting with family in languages ​​I didn’t understand. “Something something Sharon something something chicken nuggets.” It wasn’t just the language, their tone would be higher or lower, they would hold themselves a bit differently, come across as more relaxed or more serious. There was a friend who suddenly looked like she was 40 when she spoke Dutch, and another who looked very depressed once she spoke Korean. As far as I know, they may have said something completely normal and out of character, but the effect remained. In these few sentences, I saw them in their other world.

I knew I had done the same. When I had friends, I became a glitch Transformers robot, constantly switching from one form to another, shooting in this part and that one as I walked between the kitchen where my mother was and my room where my friends were. Cantonese was the language of food, household affairs, elaborate naming systems for parents. English was the language of homework, of Neopets, of embarrassment. Later, it will become the language of literature, profanity, sex, while Cantonese will remain naively in arrested development. Inside, I knew my approximate self was the same, but the outer expressions were entirely different – separate languages ​​and separate routines reinforcing each other in cycles of separate personality.

When I moved to Hong Kong as an adult, I took this arrested character with me. But now, this illiterate 11-year-old was no longer confined to the parental home. She worked, ordered drinks, haggled over products. Everyday things have become extremely fun. If you have ever learned about a sentence in another language, for example “orange juice, please” in Japanese, and then feel complete joy when you successfully order an “oranjee-juusu” at Japan, then you will understand this joy.

In English, things are too simple. I order an orange juice, so what? I’m all too aware of what society says, what rituals I’m supposed to take part in, when and why I’m supposed to feel embarrassed. It gets boring. There are no surprises when I go to a restroom in a restaurant and there is a sign. I can read that it says “out of service” and I understand that means I shouldn’t go in there. I don’t use it anyway and flood it, and I don’t end up starring in a humorous but pretty gross episode. In Cantonese society, I can remain a happy idiot who wears socks.

Being in Hong Kong also meant that Cantonese became a language of poetry, profanity, sex. My vocabulary has tripled. It was like a second adolescence, one where I didn’t have to deal with puberty, just global expansion. The ages of my two selves were getting closer. For the first time, I could talk to my family like I did to my friends, bringing me closer to a cohesive me. I also felt like I was acting like a nicer person. Although I eventually learned swear words, I couldn’t use them to any convincing effect. As I started to think more often in Cantonese than in English, even my own thoughts became less harsh, the kindest experience I could give myself.

Some of these changes come from an objective linguistic difference. Cantonese is very relaxed, round and unromantic. It makes the most serious people unable to sound really serious. Musicians sing in Mandarin instead, and Hong Kong’s comedies are much better than its “romantic” movies. With six tones, musicality peppers the conversation while making learning notoriously difficult for beginners. For emphasis, there are “wais” and “wors” and “aiyas”, which are as acceptable in a meeting room as in a restaurant, just adjust a “waaaai” to a “wai-i “.

But what I much prefer in Cantonese over English is the complete lack of “how are you”. I hate “how are you”. Maybe it’s fine in Finland where “how are you” inspires a genuine response and openness about divorce or depression (at least that’s what I heard on a podcast), but after my experience of Anglo-Saxon “how are you” these are just cruel and hollow courtesies. 99% of the time I don’t really feel “well”, and 100% of the time the person asking the question doesn’t really care how I am doing.

The closest alternative to “how are you” in Cantonese would be “have you eaten yet?”, which is much easier to answer. Yes I have. Fried rice? No, I didn’t. Would you like fried rice? Ended. No need to emptyly say ‘good’, all spiraling inside with nothing ‘good’ to grasp, forced to remember that whatever you do, life is still a series of aimless unsatisfying ordeals. But maybe it’s just me.

The reward of being bilingual is that a second language can be the vehicle for a second life and a second culture. The risk is that you become alienated from both cultures, without ever fully participating in either. I can’t speak Cantonese these days and suspicions that Cantonese to me is the most fun, the best, are high. It’s easier to wallow in his absence than to try harder with whoever can write that sentence. But at least when the two selves get boring, I can always escape with a third selves, my emergent German-speaking selves, who can only respond to everything with “ah, interesting” and seem to really believe in it.