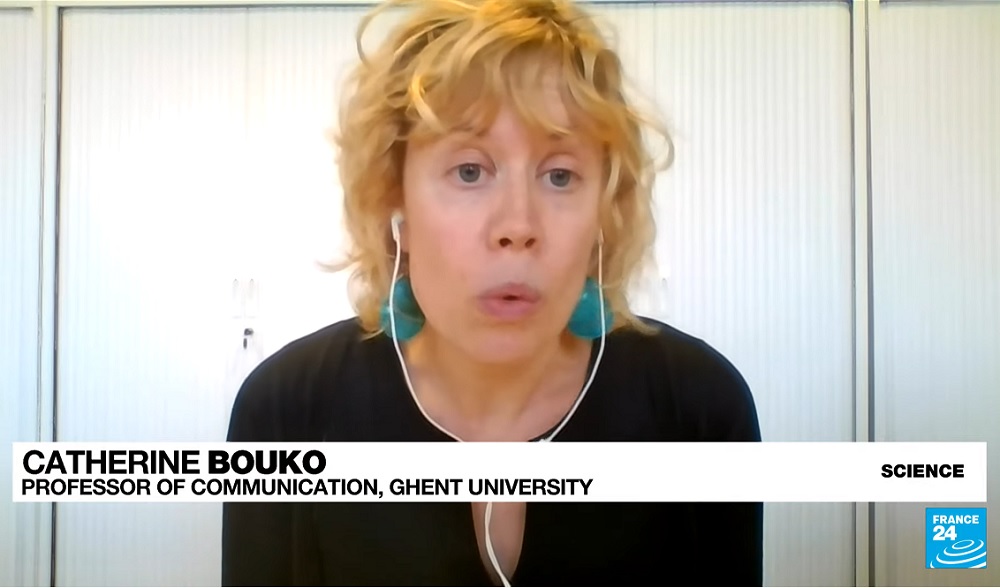 A Belgian teacher explained why bilingual Welsh speakers tend to be more creative than those who speak only one language.

Catherine Bouko, lecturer in multilingual communication at the University of Ghent, was interviewed by France 24 on the main advantages of being bilingual.

She said the expanded vocabulary that accompanies bilingualism allows for “more creative semantic combinations” and used the Welsh language to illustrate her point.

â€œOne of the main advantages of being bilingual is that we have found that bilingual people have a more creative mind,â€ she said. â€œMore flexible, more open-minded.

â€œSo, to measure this, we ask bilingual and non-bilingual people questions like ‘what can you do with a brick? “

â€œIt can also be explained by the fact that they have two words for the same concept. So, for example, in Welsh, the school is called “ysgol”. But ysgol also means “a ladder”.

Julie Sieger, health editor of France 24, explained: â€œSo the more vocabulary you have, the wider your thoughts will be and the more imaginative you will be. “

“Studies agree that bilingual children are better at staying focused on a goal while remaining flexible about how to achieve that goal,” she said. “This is huge because it is probably one of the main keys to success in life.”

She added that in Alzheimer’s patients, symptoms appeared in bilingual people five years later than in monolingual people.

In September, researchers at Bangor University found that bilingual children have more effective thinking skills than children who only use one language.

By introducing a radical new method, researchers were able to measure children’s thinking skills more accurately and comprehensively than ever before, the study published in Behavior Research Methods shows.

Athanasia Papastergiou, senior lecturer in the Linguistics Department at Bangor University and lead author of the publication, said it was “very exciting” to develop this new approach to the study of bilingual children.

â€œI hope that these positive results will help allay any fears about bilingual education for children and highlight the benefits of doing so,â€ she said.

The research team, in collaboration with Dr Vasileios Pappas of Kent Business School, University of Kent, achieved their breakthrough in adapting the methodology of the field of economics to the study of bilingualism.

The project analyzed data from children educated in Greek and English in British schools, comparing them to unilingual children.

Eirini Sanoudaki, Lecturer in Linguistics and Senior Academic for the project, said: â€œThere is a clear advantage in being able to communicate in more than one language. Our results show that learning two languages â€‹â€‹can have even more developmental benefits in children.

â€œWe asked the children, for example, to remember and repeat as many digits as possible, ignore irrelevant information and move quickly from task to task: bilingual children were overall better than unilingual children.

“These results are important to us here in Wales and indeed to bilingual communities around the world.”

The team will now expand their research to other languages, with a new project examining language and thinking skills in English-speaking children receiving Welsh education.

The study was co-funded by the Economic and Social Research Council Wales Doctoral Training Partnership and the Department of Linguistics at the School of Arts, Culture and Language at Bangor University.