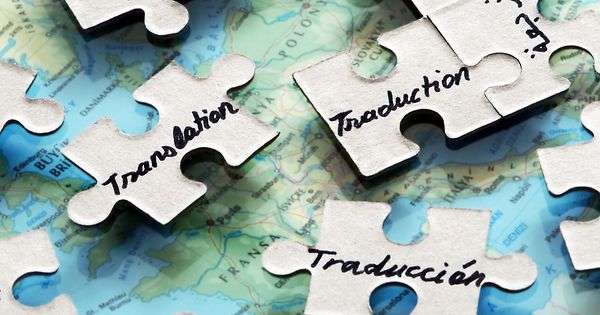 What happens when a monolingual can’t remember the language he should know?

Is it possible to lose fluency in your native language, even if you are not fluent in another language?

This monolingual discovered it.

I’m not talking here about people who can speak six languages ​​and whose families code-change to different ones at the table. This is of course the case for almost all Luxembourg families, and it is true for many foreign residents. They have the right to forget the odd word, or to get a little confused.

I’m talking here about someone who has tried, sometimes quite hard, to learn at least two other languages ​​- French and Luxembourgish – but who doesn’t speak either fluently enough to even participate in small talk. unnecessary.

However, these languages ​​invaded my brain, took out English words and replaced them. I find myself unable to remember English for everyday words.

Worse still, I’ve transposed words so that they come out in English but remain in a foreign format. My children have a lot of fun when I ask for their “lunch box”.

I’ve even started gendering articles in English, like in “give him a wash” referencing said lunch box and hoping it’s not non-binary.

Then there’s the point where I can’t remember a word in any language and just say ‘thing’ as in ‘pass me that thing over there’ or ‘use the thing to do that’.

My family decided that it was partly old age, but I wonder if some monolinguals should ever try to speak another language because the result is that they forget theirs.

I know we are in Luxembourg, where everyone tolerates any language you try to speak, no matter how bad. But it is not good to forget your mother tongue when your job is to write there.

I find myself googling the word for an object in English, or typing in a phrase that I know would contain a word I can’t remember just to see what the search engine will throw at me.

It works by the way. Just type “the word for the thing you use to change channels on the TV” and you’ll get the response “remote control”. Of course, you can also get zapper, doodah or doofer.

In fact, when I type “what do you call it when you can’t remember the word for something”, Google gives me the answer “ignorance and lack of knowledge”.

So a monolingual idiot?

Back in the saddle of language learning

The pandemic has given me an excuse to legitimately give up all language learning. Much to my relief, classes were canceled in 2020 and half of 2021 and somehow I never re-enrolled.

But the truth is that mastery of language comes from using it. I need to practice my foreign languages ​​more, so that they stick. I need to revise the verbs by heart in all their conjugations and listen to Luxembourgish and French spoken on the radio and on TV, to improve my understanding.

Knowing that the National Institute of Languages ​​will launch free online courses in September inspired me to open a few books now, revisit the Lupine series, and be the last person in this country to finally get around to watch Capitani.

There are plenty of opportunities to get back into the linguistic saddle. Daily shopping doesn’t have to involve starting in Luxembourgish, switching to French and then eventually resorting to English if I can put a little more effort into planning what I want to say and practicing possible conversation outcomes.

Lots of people used to be confined at home during lockdowns to learn languages, while I tried my best to forget them all. Now that we’ve come out the other side, I have no more excuses. I know it’s time to start over.

And my mother tongue? I need to stop reading Facebook posts and start reading Booker award-winning novels, otherwise “doodah” and “thing” will be the only words left in my already limited vocabulary.

Credello: When should you use debt consolidation or debt settlement?

How does debt consolidation work?