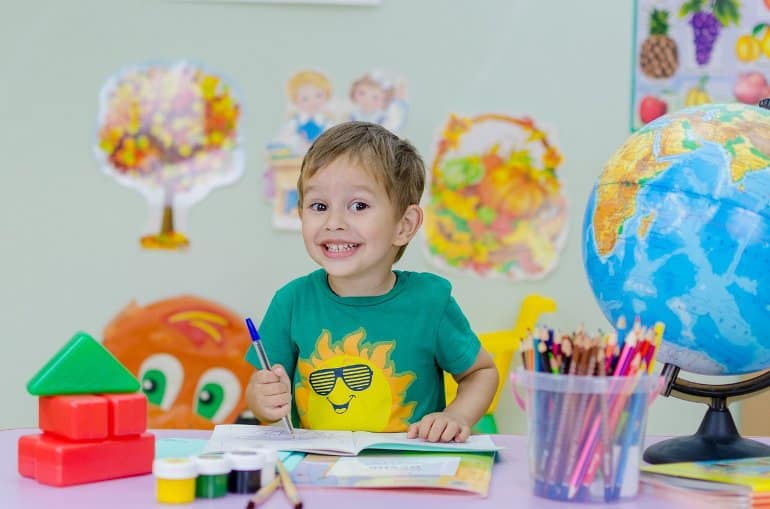 If primary school children are used to many regional and foreign accents because they hear them frequently in their linguistic environment, then it is easier for them to learn new words from other children who speak with unfamiliar accents.

This is shown by the research results of Assistant Professor Dr. Adriana Hanulíková and Helena Levy from the German Department of the University of Freiburg.

“Contrary to previous studies, it is not necessarily bilingual children who do best in vocabulary acquisition, but children who are most frequently exposed to various accents,” says Hanulíková, assistant professor of language and cognition.

For their study, the two linguists developed a new virtual and game-based design.

Their findings recently appeared in the journal Learn a language.

“Spot It!” Card Game as foundation

“Until now, there has been a lack of studies on the influence of regional and foreign accents on children’s learning of new words,” says Hanulíková.

To fill this gap, the researchers asked 88 Freiburg children aged seven to eleven to play a computer game based on the popular card game “Spot It!”, known as “Dobble” in Germany.

In the game, two identical objects on different playing cards must be discovered and named as quickly as possible. For the study, children played the game on the computer with virtual peers. They spoke either standard German or German with a Swiss or Hebrew accent.

The game included six terms that are usually unfamiliar to elementary school-aged children.

The 88 children who took part in the study were German speakers, some of them bilingual or multilingual. The researchers also asked how often per week each child hears regional and foreign accents.

Experience evaluation showed that children benefited from long-term experience with different accents: children with this experience found it easier to learn unfamiliar words from other children who spoke unfamiliar accents in this situation. virtual game.

Bilingualism had no corresponding effect.

Further studies are therefore needed to explore in more detail what kind of experience in children’s vocabulary acquisition leads to what effects – and how these might differ from adults learning new words, Hanulíková says. .

The study’s new game-based design is a particularly good tool for this purpose, she says. “Children learn from other children while playing, not from adults, the latter being the subject of almost all studies to date.

“Furthermore, children are expected to say and use these words in interaction, not just passively recognize them. In this way, experimental design resembles natural learning in everyday life.

About this language and learning research news

Spot it and learn it! Learning Words in Virtual Peer Group Interactions Using a New Paradigm for School-Aged Children

We use a new paradigm to examine the effect of language exposure and variable input on word acquisition in elementary school-aged children.

Children growing up with different languages ​​and foreign or regional accents in their input might benefit from experiencing variability when learning new words from peers with unfamiliar accents.

We ask to what extent language and accent experience helps monolingual and bilingual children learn new words in the context of accent variability.

Successful word learning was predicted by the amount of entry into regional and foreign accents, but not by exposure to other languages ​​(i.e. bilingualism).

Katara completes seven volumes of the Dictionary of Everyday Words

Why should you get a debt consolidation loan now