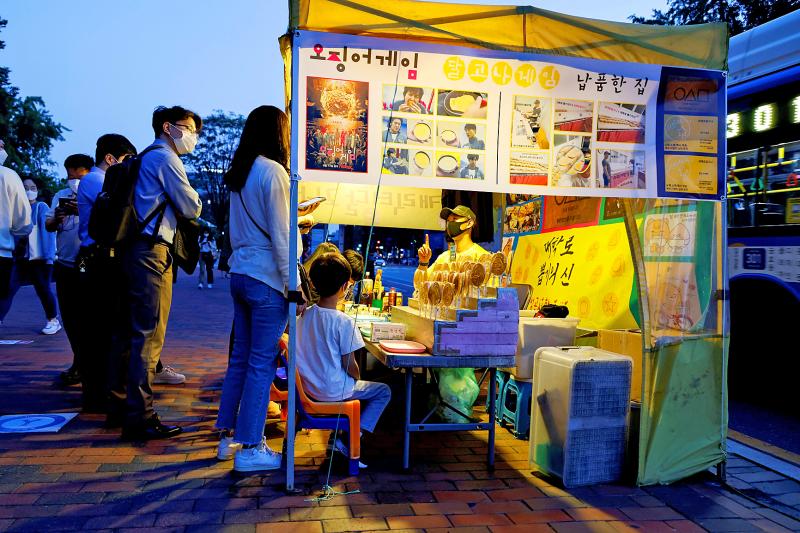 CHANGE OF USE:
Adoption of Korean words into English shows how lexical innovation is no longer confined to UK and US, dictionary says

The wave of Korean culture has swept through the editorial offices of the Oxford English Dictionary (OED), which has added more than 20 new words of Korean origin to its latest edition.

The “Definitive English Language Record” included words hinting at the worldwide popularity of the country’s music and cuisine, plus one or two whose roots in the Korean language might be less obvious.

The prefix K- is highlighted, as one would expect given that so many people outside of South Korea are now listening to K-pop – which was added to the OED in 2016 – are watching K-dramas or use K-beauty products.

New words include hallyu – the Korean original for the wave of pop culture that made BTS one of the most popular bands in the world and Squid Game this year’s Netflix sensation.

â€œThe increased international interest in South Korea and its popular culture, in particular. as represented by the worldwide success of South Korean music, film, television, fashion and food, â€the dictionary says in its definition. â€œAlso: South Korean popular culture and entertainment itself. Often as a modifier, as in Hallyu Craze, Hallyu Fan, Hallyu Star.

However, as the new dictionary additions make clear, Korean cuisine is much more than its basic spicy kimchi, which appeared in the OED as early as 1976. New food-related entries include bulgogi – thin slices. of beef or pork – and chimaek – fried chicken and Korean beer.

Traditional culture is represented by the hanbok – a formal dress worn by both Korean men and women – and the Hangul, the Korean alphabet designed by King Sejong in 1443.

Aegyo, a certain type of cuteness or charm considered uniquely Korean and similar to the Japanese word kawaii, has been included as both a noun and an adjective.

There’s also room for mukbang, or live broadcasts of people eating extraordinary amounts of food while talking to an audience online.

The inclusion of “skinship” is more surprising.

Commonly used in South Korea, where it is translated as seukinsip, and in Japan sukinshippu), it captures the emotional bond that comes from close physical contact between parent and child, lovers and friends, the dictionary says.

The OED said the inclusion of so many Korean words was recognition of a shift in the use of the language beyond the English-speaking world.

â€œThe adoption and development of these Korean words in English also demonstrates how lexical innovation is no longer confined to traditional English centers in the UK and US,â€ OED said. “They show how Asians in different parts of the continent invent and exchange words in their own local contexts, then present those words to the rest of the English-speaking world, thus allowing the Korean wave to continue to ripple on the sea of â€‹â€‹English words.”

Comments will be moderated. Keep comments relevant to the article. Comments containing abusive and obscene language, personal attacks of any kind or promotion will be removed and the user banned. The final decision will be at the discretion of the Taipei Times.

Stay, bodily shame and essential worker all enter the Oxford dictionary in 2021 – but what does catastrophism mean?

I’m in love with my dictionary