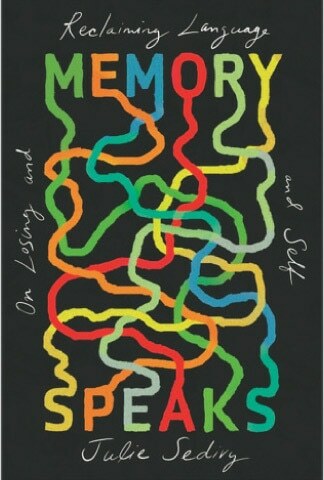 NON-FICTION: THE FALL OF LANGUAGE – Journal

“As this great story draws to a close
The earth is filled with my words
Because of these words, I won’t die
For I am alive in the tongue that I sowed in the ground”

In these haunting verses, Ferdowsi presents language as a living thing, which carries within it the experience of past ages. It is the vehicle by which we inherit our worlds, it is what keeps us alive long after we die.

As someone who speaks six languages ​​and simultaneously juggles their various worlds, I have always wondered: if language remains inextricably tied to the ground, what about those of us who have left the lands in which our languages ​​are rooted? What is the fate of those who aspire to dream outside the humus of their mother tongue, or of a language in which we inherit our world?

Sedivy’s book reminded me of those verses because burying the word in the ground speaks to a fundamental paradox that multilingual exiles like me and Sedivy experience daily. On the one hand, we open the doors to new worlds of success and discovery; on the other hand, we are separated from the worlds of our first languages, in which we learn to feel, to think and to know.

An exciting book looks at our relationship to language, especially language rooted in distant lands

Inhabiting this paradox fuels the fire of duality, desire, conflict and a certain type of death, from which renewal and renewal could emerge. We may not inhabit the soil of our lands in our exile lives, but language carries within it what literature professor Robert Pogue Harrison calls “the source which dispenses the power of renewal in its latent future.”

Sedivy’s book opens with this realization of death and separation, rooted in the memory of her late father, who was the only link to her “mother tongue” and carried all that was his legacy, or his “Czech self”. Its first lines moved me because I read in it an act of trying to understand the very source of what makes us aware of our personal and collective identities.

In the first chapter, “Death”, she says that with each new language we discover a new world as well as a new self within us. As any polyglot knows, experiencing the loss of a language — especially the one by which you know your parents — sheds even more light on the one that has disappeared. In other words, with the discovery of a new world and a new self, inhabiting a language also brings into its living, flourishing, and expressive world a very real possibility of its demise.

She writes: “When my father died, and with him my bond with Czech, it was as if the alto section of the orchestra fell silent – not carrying the melody, it went unnoticed, but its absence spoke of how much depth and texture it had provided… There was a part of me, I realized, that only Czech could speak to, a way of being that was difficult to s settling in, even with my own siblings and my mother when we spoke in English, I suddenly felt detached, not only from my childhood but also from all the culture that had shaped me.

The silent alto is a powerful metaphor for the absence experienced when leaving the country of one’s language. It is not only grammar, syntax and operative usage, dissociated from its speakers, that one learns in a language, which — in the evocative image of Sedivy — is like a dress lying on a bed, ready to be worn by someone else.

Instead, the language from within her world is akin to wearing that dress and intimately knowing its drapes and flows. “Much of what we know about our languages ​​goes beyond words and structures,” writes Sedivy. To know “how the melody can modify the different meanings of a sentence and how such and such a person is authorized to pronounce a particular word” is to understand that language “does not so much contain a culture as it intertwine with it”.

This is why some words that map the landscape of feelings, or shape the cultural experience of love, resist most translation efforts. Anyone who has ever loved someone who speaks a different native language knows what it means to see their loved one inhabit that language in their dreams. If dreams reflect our unconscious desires in a language-like medium, then the desire to communicate across the bridge of translation is the kind of intimacy a lover seeks with a monolingual loved one.

This is why some words that map the landscape of feelings, or shape the cultural experience of love, resist most translation efforts.

Beyond the poetic and the personal, Sedivy studies the cognitive and psychological processes of linguistic attrition as well as the duality and conflicts experienced by bilingual or multilingual people living in a country where their mother tongue is not dominant.

“Success speaks English”, begins the second chapter, “Dreams”. And in this journey of success, one has all kinds of multicultural experiences organized mainly in the modes and expressions of the dominant language.

Sedivy’s knowledge of psycholinguistics comes into play brilliantly as she explores fascinating field experiments and combines personal experiences with the insight distilled from scientific experience. The melancholy of her loss and conflict is not sentimentally poetic; it is the very matter of science.

Several experiments that study the brain activity of bilingual speakers show in a striking way how each language allows a different perception of the world. More importantly, they show how differently we relate to the outside world in our different languages.

Probing whether there is a significant and non-accidental link between languages ​​and ways of being, Sedivy illustrates the big “yes!” of the answer with an experiment carried out with bilingual Spanish-English speakers, intended to test the “Big Five Inventory” of measurement of stable personality traits in different cultures.

In this experiment, the researchers defined five dimensions – agreeableness, extroversion, conscientiousness, neuroticism and openness to experience – to see if bilingual speakers reacted differently depending on the language in which they took the test. .

Whether they took the test in English or Spanish, monolingual and bilingual Mexicans scored lower than monolingual Americans in Agreeableness, Extraversion, and Conscientiousness, and higher in Neuroticism. Doesn’t that go against common cultural expectations, because “aren’t Mexicans supposed to be famous for their warmth, sociability, and easy-going nature?”

Personality traits and the vocabulary that defines them, even for a scientific experiment, are rooted in the cultural framework of the dominant language. As Sedivy unpacked the experience, it turned out that several elements grouped under the “Extraversion” label were more focused on “an assertive and dynamic social presentation than a preference for social interaction rather than loneliness”, as it is generally understood in the North American context.

The lower agreeableness score was also a mystery to North American researchers, who understood the term because it aligned with the Latin American notion of simpatía, meaning kindness, cooperation, conflict avoidance, and politeness. It turned out that the low score was the result of a paradox: “At the heart of Latin American simpatía is the value of modesty – you’re not supposed to sound your own horn.” To “claim” sympatía—highly valued in Latin American culture—would be seen as arrogant, a trait least acceptable in a pleasant person.

Sedivy also demonstrates the complexity of inhabiting multiple languages ​​in the specific context of therapy for PTSD patients and how they use (later learned/adopted) languages ​​to defend against their trauma.

In my favorite chapter, ‘Duality’, she looks at RoseMarie Pérez Foster’s work with a Chilean dance student, “Anna”, studying in New York. Referred to Foster for her alarming weight loss and depression, Anna entered therapy knowing full well that Foster spoke Spanish, but requested that the sessions be conducted in English, stating that she wanted to improve her English.

However, Anna didn’t reveal anything about her inner life after almost two months of sessions. One day, she dropped her wallet and Foster blurted out in Spanish, “Oh my God! You dropped your change.

Hearing Foster speak Spanish, Anna’s defenses burst and, claiming to be ill, she canceled her next two sessions. “Something had cracked inside her.” When she returned to therapy, Anna lashed out at Foster for speaking in Spanish. Crying and admitting to being homesick, she claimed the only way she survived living in New York was to never speak Spanish and become tough like an American. With Spanish, she came into contact with the part of herself that allowed her to be vulnerable. It was the language of her feelings that helped her “get serious about therapy.”

Sedivy’s book invites us to bear witness to the multifaceted experience of immigrants from the inside, to truly understand what it means to inhabit the world through the prism of various languages. Through personal experience mixed with scientific knowledge, Sedivy provides a solid apparatus for learning to empathize with, even embrace, the differences between those who make up multicultural societies and those who claim native dominance over them.

In a panoramic view of how we inhabit language and how it inhabits us, with openness and curiosity, Sedivy investigates the process of losing one’s language and also offers several paths to revive and recover one’s lost self, with creative means. in adult language learning.

It is therefore not surprising that when she talks about reclaiming languages, she uses the Ferdowsian vocabulary of earth-based learning, in which stories are learned from within as they are planted in the soil of the tongue and in so doing materializes latent future to dispense the power of renewal.

The examiner is a doctoral candidate and teaches Urdu language and literature at the Institute of Islamic Studies, McGill University.

Darya Hodaei is the best children’s book author of 2022