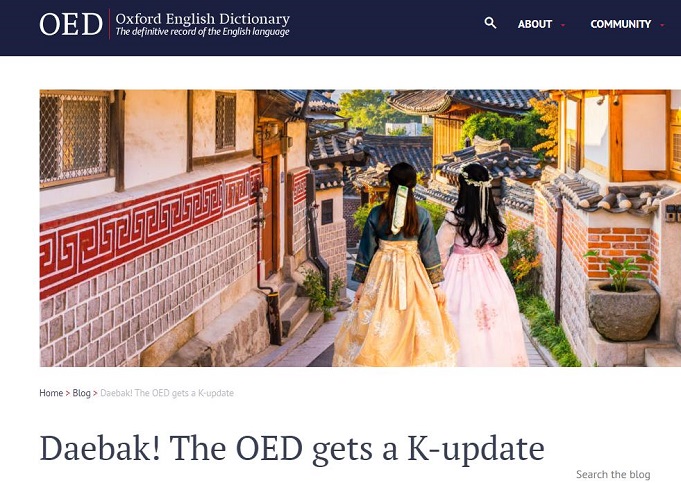 SEOUL, Oct 7 (Korea Bizwire) – Some 20 new words have been added to the Oxford English Dictionary (OED) published by Oxford University Press in Great Britain, reflecting the spread of Korean culture across the world.

“K-pop, K-drama, K-beauty, K-food, K-style these days it all seems to be preceded by a K- as South Korea’s popular culture continues to gain international popularity. “said the editor. .

The term “K-” was added as a combination form relating to South Korea and its popular culture.

The dictionary then added the etymologies and usage examples of the terms “K-drama”, “hallyu”, “mukbang” and “manhwa”, words related to Korean popular culture.

The word “daebak”, an exclamatory expression widely used in South Korea, has also appeared in the dictionary. OED defines “daebak” as “something lucrative or desirable, especially when acquired or found by chance”, or “expressing enthusiastic approval.

The OED also explained that other Korean English expressions such as “skinship” and “fighting” are either combinations of two English words or have an English etymology with separate definitions understood by Koreans.