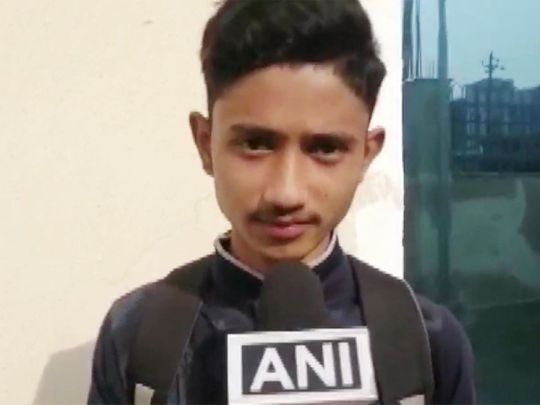 Video: 19-year-old boy, who runs 10 km every night after work, is an inspiration to all

The post includes a video of Pradeep Mehra, who runs 10km every night after his shift at McDonald’s in Noida so that he will be fit enough to one day join the Indian Army.

The video shows Vinod Kapri, who is driving a car, interacts with the boy who is sprinting down a road in Noida late at night. The filmmaker, probably out of curiosity, slows down his car and strikes up a conversation with him.

Although Vinod Kapri offered several times to take him home, he refused, saying he preferred to run home as he had no time to do otherwise during the day.

During the chat, Pradeep revealed that his mother is currently hospitalized and he lives with his brother in Barola village in Noida.

Later in the video, Pradeep from the town of Almora in Uttarakhand said he would cook his dinner when he got home since his brother was working night shifts.

“Last night at 12 o’clock on the road to Noida, I saw this boy running very fast with a bag over his shoulder. I thought he was in trouble, a lift should be given. He was offered several times but he refused… You will fall in love with this child if you listen to reason”, said Vinod Kapri in the caption of the clip.

Pradeep’s video has been making waves since the filmmaker shared it online. From celebrities to grandchildren, everyone is in awe of Pradeep.

Praising Pradeep, former cricketer Harbhajan Singh tweeted, “Champions are made like this.. whether on the sports field or in whatever they do in life.. He will be a winner.. thank you Vinod for sharing.. yes PURE GOLD.”

“This is going to make your Monday morning! What A Guy,” commented former cricketer Kevin Pietersen.

I hope Pradeep’s hard work will pay off one day.

New Start Capital Review: Gets an “F” for Debt Consolidation